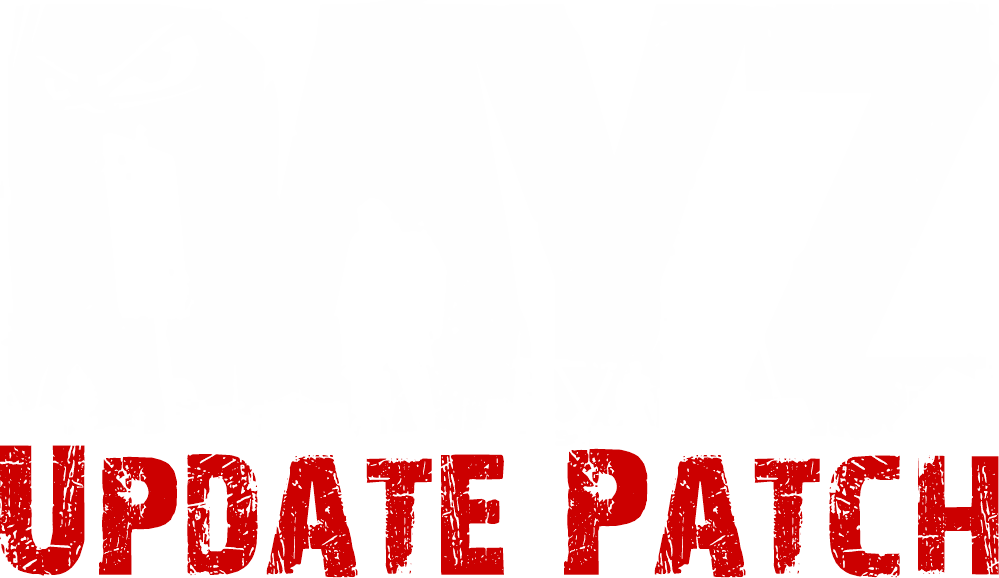 Consider using the Steam client option to verify the integrity of the local game cache to avoid corrupted data after downloading this update.
Consider de-fragmenting your HDD after downloading large updates.
In case of problems, please check the Bohemia Interactive support F.A.Q., DayZ F.A.Q., or BattlEye F.A.Q.
You can help us to further improve the game by posting your feedback on the Feedback Tracker.

Fixed an exploit to look/glitch through walls
Plants could not become infested
Fixed a server crash related to pulling corpses out of vehicles
Fixed a game crash connected to item attachments
The player can no longer execute certain actions when their legs are broken
The player can no longer dance with a broken leg
Preparing Mackerels or the Carp did not stain the player’s hands with blood
An applied splint would disappear if the player’s inventory was full at the moment the healing was completed
The Pumpkin Helmet was still shining when ruined
Flares shot by the flare gun often disappeared inside objects
The glow of the flare was immense when seen from up close (now scaled with the distance)
Getting out of a car could result in the character appearing on the roof when an object was on the exit position
Fixed a server error caused by repeated crouching during an ongoing action (https://feedback.bistudio.com/T154062)
The inventory of improvised shelters could be accessed from the closed-off sides
Infected could hit the player through shelters and tents
Infected could enter closed-off containers (variants 2A and 2B)
Infected would glitch into players during combat
Dead bodies getting stuck in mid-air
Bodies of infected would sometimes rotate while already dead
The wrong particle effect was displayed when hitting infected with a Pipe, Wrench, or a Lug wrench
Adjusted collisions and occluders of buildings against unwanted behavior (https://feedback.bistudio.com/T152082, https://feedback.bistudio.com/T154532)
Removed collisions of low-hanging tree branches for better navigation
Exploit allowing players to get infinite plant seeds
The Frying Pans and Cooking Pots would disappear from fireplaces upon server restart (https://feedback.bistudio.com/T153689)
The inventory of the M3S truck did not refresh after removing attached containers from it
The dashboard on certain vehicles would disappear after certain actions
Ruined hatchets showed the wrong texture
The contents of the fireplace would not always be displayed correctly in the world
The indoor fireplace could sometimes get wet during rain
Land mines were not dealing damage when placed in the doorways of specific houses
Barbed wire could block the damage of grenades (https://feedback.bistudio.com/T154631)
Sounds were missing when skinning with some tools
It was possible to build overlapping fences and watchtowers
Swapping materials attached to base building objects could trigger a desynchronization
Fixed a server error when checking the pulse of a disconnecting player
The battery charger is not a heavy item anymore
The battery charger could not recharge car and truck batteries
Items could not be rotated and placed on the same space
Placing a connected battery into the inventory would not disconnect it
It was possible to use items placed in attachment slots for crafting operations
Entering a vehicle with a Chemlight or Road Flare turned on would ruin them
It was problematic to open/close the doors of certain vehicles when in third person view
It is no longer possible to cut a raincoat into armbands when its inventory isn’t empty
Attempting to throw a handheld plugged device would unplug it, preventing it from being turned back on
Slicing a rotten pumpkin produced edible pumpkin slices (https://feedback.bistudio.com/T155304)
Preparing spoiled fish would produce edible fish
Players were unable to remove some car parts from close range
An engine belt was displayed in the ADA 4×4 (https://feedback.bistudio.com/T148071)
It was possible to craft a long torch from a sharpened stick with food attached, causing the food to disappear
Items split in the inventory of the truck would appear below it
Items were appearing on the roof when swapped while inside specific buildings
It was not possible to open cans that were upside down while in full inventory
Character hand slot become broken after exiting a vehicle in the water
Endless white cable appeared after placing a Spotlight
It was possible to sometimes light a fireplace underwater
Fishing in sea was frequently interrupted, making it difficult to find a place to fish
The revolver was not dealing consistent damage
It was problematic to place a Medium / Party Tents too close to the player
Issues with fertilizing garden plot slots (https://feedback.bistudio.com/T156389)
The magazine of a weapon on the players back was detached after relog
The immunity system was not updated on the player (https://feedback.bistudio.com/T156489)
The spotlight could be plugged into a battery that was inside of a vehicle
It was possible to place two tents inside each other
It was possible to stack up stone ovens
It was possible to sometimes place objects inside furniture of buildings
Epinephrine was not working correctly (https://feedback.bistudio.com/T156359)
Improved the client performance when holding an item in hands
Continued damage from a fireplace or barbed wire after moving away from it
Packing a tent while having an item in the hands would not hide the item
Resuscitation while having an item in hands caused it to appear in the middle of the action
Blurred text on the logout dialog window
Camera clipping issues in the big ATC building and airfield service hangar
Infected walking through service hangar doors
Several object placement issues on the Chernarus terrain

Updated the Tarp (Fabric) durability, textures, and inventory view
More tools can be used to slice pumpkins
Reduced initial velocity of the 5.56x45mm ammunition by 9% to match real values
Barbed Wire and Fire now deal damage to infected and animals
Deployed Barbed Wire can only be dismantled from inside on Fence and Watchtower
The fireplace now warms a larger area, with the maximum heat reaching further
Lowered the maximum heat of the fireplace
Updated the credits
The flare from the signal pistol now falls down slower
Heavy items carried in hands are now dropped when the player goes for a swim

Added: IsBoxCollidingGeometry, an extended version of IsBoxColliding, with parameters to fill in what geometries to check against (primary and secondary)
Added: Moved cargo conditions for Clothing into separate functions for modders to override (https://feedback.bistudio.com/T154093)
Added: Road parts for the terrain making on the sample GitHub repository (https://github.com/BohemiaInteractive/DayZ-Misc)
Fixed: FPS dropping down to 1 when using the backward compatible SetActions implementation
Changed: the ActionDismantleGardenPlot has been added to the items that could build it
Changed: Created new base recipe PrepareFish to limit the script duplication in prepare mackerel and carp Do methods
Removed: Unused internal organ classes from the character config DamageSystem >> DamageZones 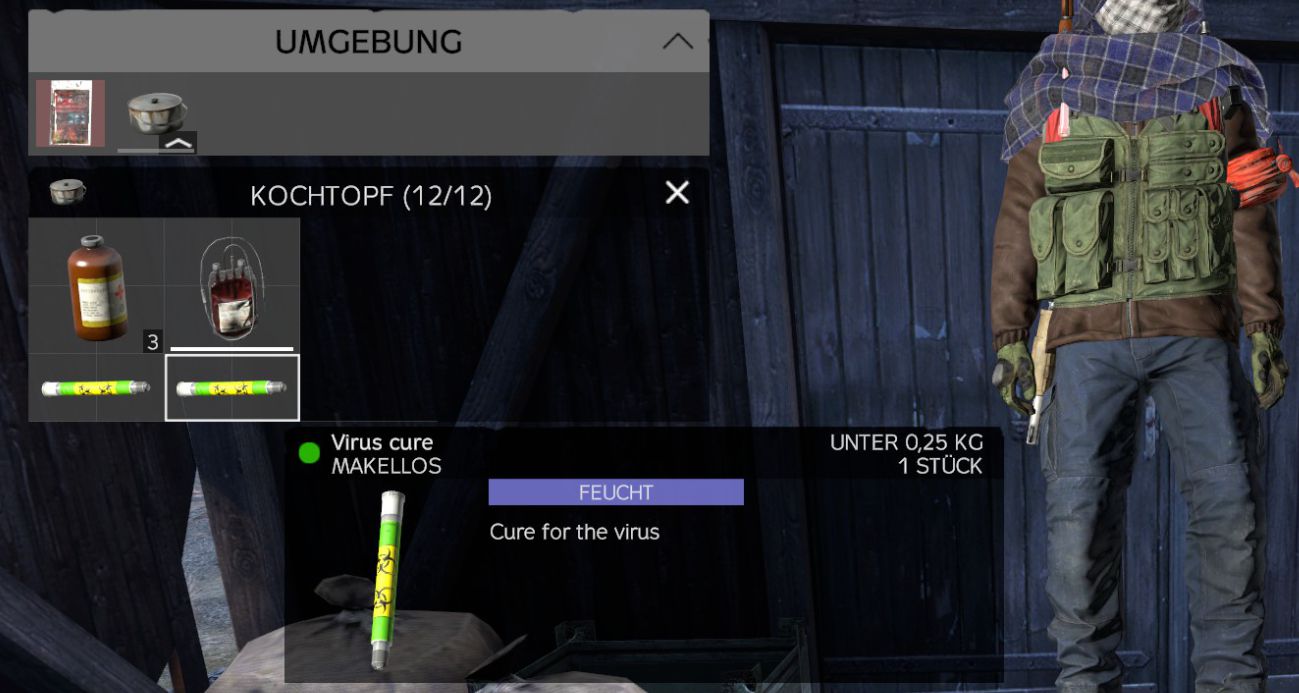 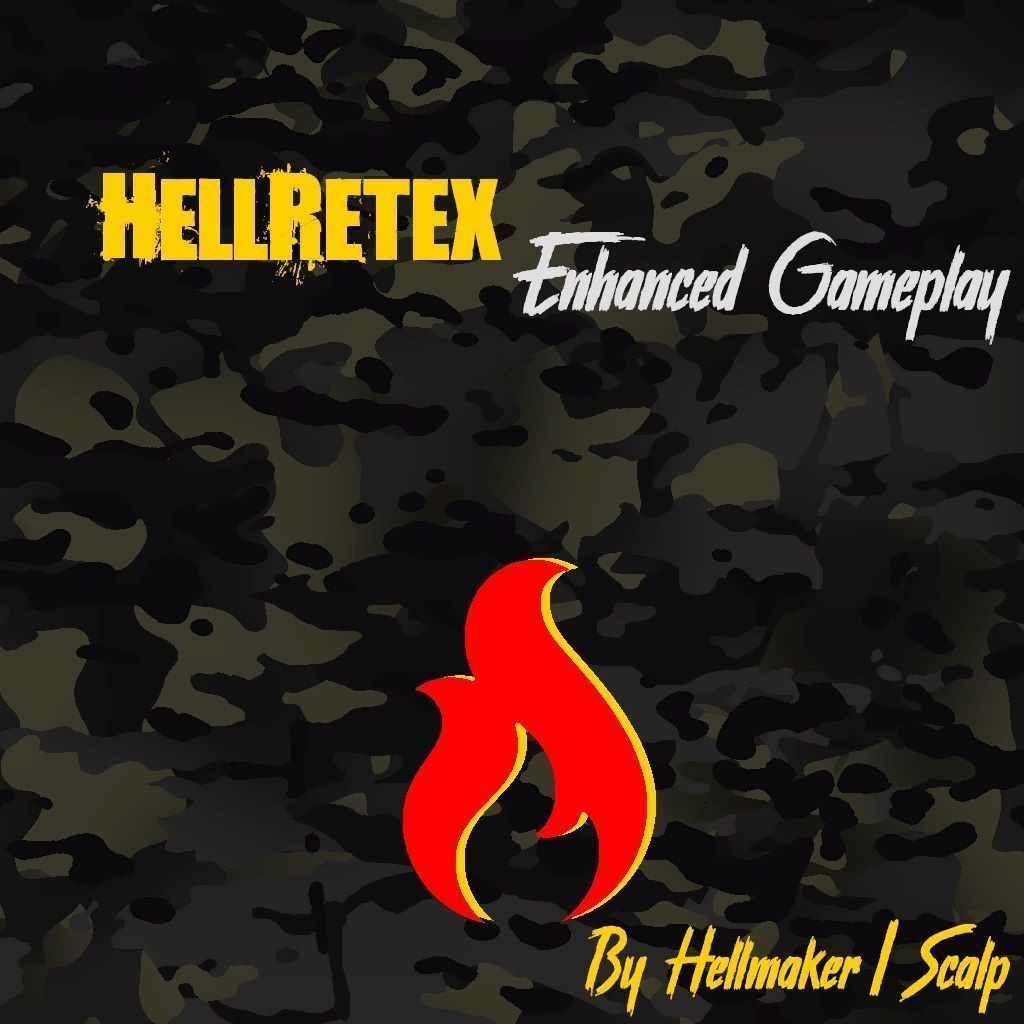 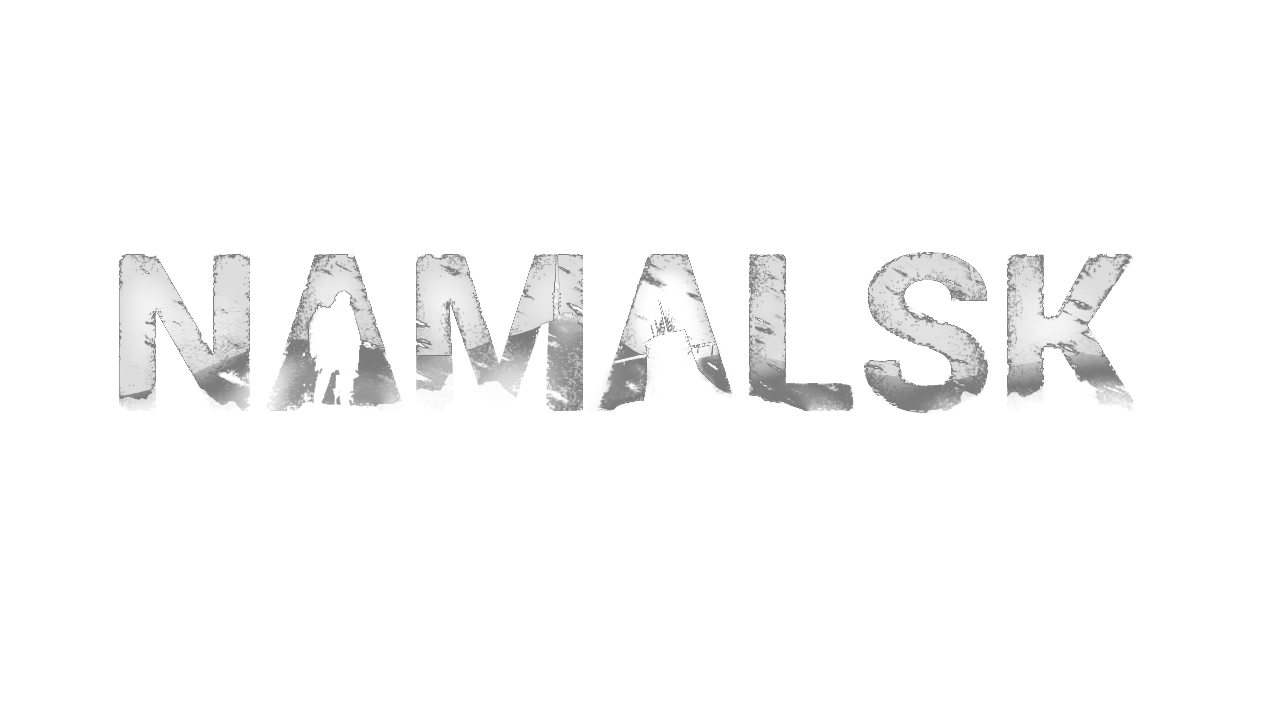